A peptide that is composed of two amino acid molecules linked by a peptide bond. noun

A condensation-product of the anhydrids of two amido-acids which are derived from the albuminous molecule. See . noun

The word "Dipeptide" in example sentences

Words that rhyme with dipeptide:
tripeptide

What does dipeptide mean? 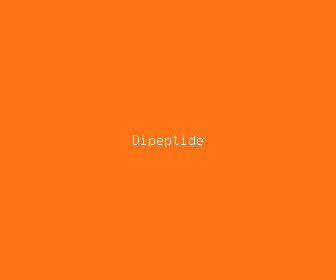 At first you may not have succeeded, but neither did Albert Einstein. (Byron Pulsifer)