Definitions and meanings of "Paleozoology"

What do we mean by Paleozoology?

The branch of paleontology that deals with animal fossils and ancient animal life. noun

The branch of zoology dealing with fossils, and the creatures that were transformed into them noun

The study of fossil animals noun

I have learned that to be with those I like is enough. [Walt Whitman]

The word "paleozoology" in example sentences

After spotting the amphicyons and the slightly scaled up trilophodons in The Two Towers, it wasn't suprising to see that Peter Jackson and WETA Digital had gone back to their paleozoology text books for The Return Of The King. More of Peter Jackson's palaeozoology

Adjectives that are often used to describe paleozoology:
vertebrate
conodont 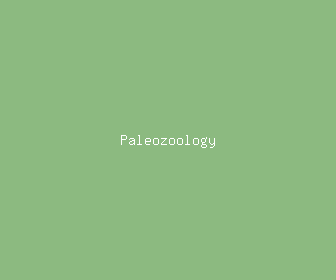 When you are content to be simply yourself and don't compare or compete, everybody will respect you. Laozi