In this year; during the year: often pronounced t'year.

This year, in this year; during the year. adverb

The word "Toyear" in example sentences

This approach is applied to remove the age-dependent variations from single tree-ring series and to retain low-frequency climatic deviations (positive or negative trends) as well as high-frequency variations (year-toyear change) when averaging tree-ring index series. Tree rings and past climate in the Arctic

This tends to lead to a much smaller docket as well as much less predictable trends in the direction of caselaw from year toyear. The Volokh Conspiracy » Goldstein on the Current Court and the Supreme Court’s Docket:

Under low to moderate rates of fertilizer use, a field should be sampled about once every three to five years, since the soil's fertility level is unlikely to change significantly on a year-toyear basis. Chapter 12

Ray said Newport High School's Arkansas Initiative grant is $5,000 per year for five years, and is on a year-toyear basis. Arkansas Online stories

It wouldn’t have taken much help from the French and British to more than even up the odds, but there was no point in Czechoslovakia fighting alone, since the huge German advantage in population and wealth would have made a German victory inevitable in a one-on-one match, and the German army was rapidly expanding from year toyear. The Volokh Conspiracy » Troublesome Young Men:

Adjectives that are often used to describe toyear:
year
variable

What does the word toyear mean? Find synonyms, antonyms and the meaning of the word toyear in our free online dictionary! Find words starting with toyear and anagrams of toyear. 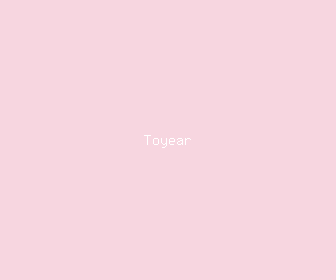